Against all odds, the 2021 Gentlemen’s Club EXPO in Miami was a resounding success!

Just a few months ago, many were wondering whether the 2021 Gentlemen’s Club EXPO, produced annually by ED Publications since 1993, had any chance of happening as scheduled. But against those odds, the EXPO was held successfully at the InterContinental Hotel in Downtown Miami on May 23-26. Over 1,000 convention attendees broke out of their COVID-related lockdowns to converge on South Florida and the industry’s only national convention, tradeshow and awards show, for three days of seminars, exclusive evening events and the opportunity to meet one-on-one — in person! — with friends and business associates alike.

“We gladly accepted the accolades that EXPO attendees bestowed upon us; so many were thrilled that the EXPO actually happened, it was almost surreal,” says ED Publications’ Associate Publisher, Dave Manack. “After the 14 months that we all experienced, it was such a thrill to bring everyone together in Miami and allow ourselves a sense of normalcy once again. We are happy to see so many clubs open and thriving; the industry’s best days are ahead of us!”

The 2021 EXPO presented a format similar to previous conventions, with a two-day tradeshow with companies showcasing products and services targeted at adult clubs, three days of educational seminars, exclusive events, and the Annual ED’s Awards Show. This year’s EXPO also saw the first one-night-only, winner-take-all final of the EXOTIC DANCER Invitational (EDI), the industry’s premier showgirl dance competition, which was held in front of a capacity crowd at the world-famous Tootsie’s Cabaret on Sunday, May 22. The winner of this final was not revealed until the ED’s Awards Show on Tuesday, May 25, when it was announced that acrobatic showgirl Shar Zayn bested three other talented entertainers (Justice, Natasha Nova and Janine Jericho) on her way to winning the EDI Overall Entertainer of the Year Award.

This one-night-only EDI final was just one example of the pivots made at this year’s ED’s Awards Show to address a year unlike any other. The typical “club of the year” awards were not presented; instead, this year’s show honored individuals whose efforts during the pandemic helped them to stand out amidst their industry counterparts. ED Awards for 2021 included: Creative Executive of the Year, Project Director of the Year, Road Warrior of the Year, Social Media Entertainer of the Year and more. Two new individuals were inducted into the ED (EXOTIC DANCER) Hall of Fame; Pony Clubs chain owner Jerry Westlund, and two-time ED’s Overall Entertainer of the Year Christina Aguchi.

“Our club awards will return in some form for EXPO 2022, but with so many clubs closed for over a year, we knew we had to do something very different this year,” says Manack, noting that the show was produced in Brand Partnership with Patron Tequila. “We were happy to see these ‘new’ awards embraced by our attendees, and our recipients gave incredible, heartfelt acceptance speeches. It was an amazing night!”

Full coverage of the 2021 ED EXPO appears in the upcoming July issue of ED Magazine, and will be featured prominently on our websites ExoticDancer.com and theEDexpo.com, as well as their social media pages (Facebook: @theEDexpo; Instagram: @ed_publications and @the_ed_expo). For more information, please call the ED office at (727) 726-3592.

Here is the complete list of 2021 ED Award Winners:

Joey Bien of The Treasure Clubs and ACE National 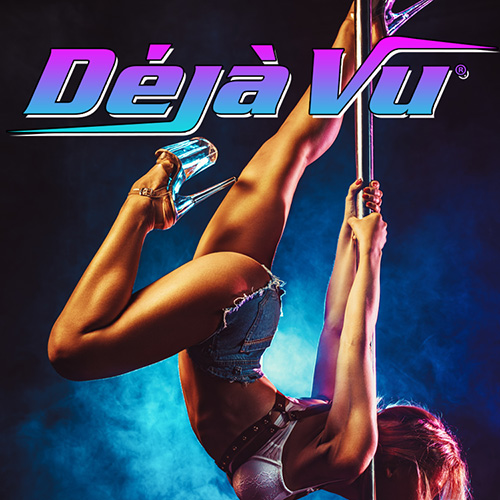