Eric Langan — the President, CEO and Chairman of RCI Holdings — delivered EXPO 2022’s Keynote Address and discussed the ways in which the club industry needs to change and grow in order to remain vibrant and relevant.

Editor’s note: The following text is an edited version of Eric Langan’s Keynote Address. It has been edited for length.

I’m going to discuss two very iconic brands: Playboy and Marvel. Both really got going in the 1950s and 1960s.

Playboy was the fourth largest brand in the world, behind Coca-Cola, Ford, and Chevrolet. It was literally the ultimate brand, the epitome of cool. They could do no wrong. They had dozens of Playboy Clubs. Everybody wanted to go there. Playboy Magazine had a circulation of seven million. But Playboy didn’t change. They didn’t adapt. When they did, they did it too late. They were always chasing the tail of a new competitor. Today, their number one form of revenue is selling logo t-shirts and other products in China. In the US, they’re basically irrelevant.

Then there’s Marvel. They were bankrupt at one point. But they reinvented themselves. They changed their comic book storylines. They went interactive online. They got into movies, and they sold to Disney for $4 billion in 2009. Now, they’re considered to be the largest movie franchise in history. They did that by making changes and bringing in new, young people—that next generation of customers.

What does that have to do with our industry and its future? Just as Marvel did, we have to target new audiences. In our case, it is this new generation of young men. We have to attract them so we can survive and prosper and build our businesses.

They are our ideal customer. They are staying single well into their 30s. They’re not getting married or having children at young ages. This gives us a significant amount of time to make them our customers and build their loyalty. Many of these 20-somethings have some type of technology job. They’re making high five, low six-figure incomes. They have a lot more disposable income. But they have very little human interaction.

I urge you — keep evolving. Keep engaging. Don’t be a little bunny. Be a superhero. – Eric Langan

The big problem is, they think strip clubs are for old men, like Playboy Magazine. I blame it on movies and television shows like Netflix’s “Ozark,” with its fictional strip club Lickety Splitz. It’s a bad look for our business, but that’s what these young men think.
How do we combat this? We have to show them more about our industry. But how do we do that? We can’t use traditional advertising and marketing. This generation doesn’t watch live TV. They may watch streaming, but they’re not watching commercials. They don’t listen to the radio. Everything for them is on-demand, on their computer screens, and in their hand on their phones.

We can’t be perceived by them as ‘strip clubs.’ We need to become ‘adult nightclubs,’ places where adults go to party and play. This means your club has to be fun and energetic. This means state-of-the-art sound and visuals. This means the entertainers are no longer the sole attraction, but help make the party. – Langan

That’s why social media, and specifically having a social media strategy, is so important to your marketing. You have to communicate in the language and style of this new generation of young men. It’s not easy. I’ve been working on it for about six months now. I’ve hired experts to come in, to help us develop it, and build our social media presence. You need to understand what this demographic wants. And what they want are real-life experiences. Unfortunately for them, most of their so-called “real-life experiences” are on their computer screens. They have friends they’ve known for years who they’ve never met in real life. We have to get them to understand they have a place to go. They can come to our clubs. They can meet at our clubs. They can have fun at our clubs. We can make our clubs their place to escape. A big thing for them is to “touch grass,” meaning an experience out in the real world. We need to get them to think of our clubs as the place where they’re going to touch that grass, to be around people, to have a great experience.

To do that, we can’t be perceived by them as “strip clubs”. We need to become “adult nightclubs,” places where adults go to party and play. This means your club has to be fun and energetic. This means state-of-the-art sound and visuals. This means the entertainers are no longer the sole attraction, but help make the party. At other clubs, guys must be the aggressor and talk to the girls. At our clubs, entertainers want to talk to the guys and have fun with them.

You also have to understand how this new customer base needs to be treated. Some of these young men want to “flex” and show off. They want to feel like they’re someone special. They don’t want to be in a dark corner in the back of the club. They want to sit around the stage. They want to throw money like in hip-hop videos. They want to be seen. They want to be recognized. How do you cater to this guest? You have to make them feel special. Make a big show of everything you do for them.

For example, when they buy a bottle, it’s sparkling lights and lots of girls. Take this customers’ fantasy to the next level. Others want to become their avatar. We’ve thrown some parties through Twitter or another one of our social media sites. Nobody goes by their real names. You get a group of 40 or 50 guys and none of them know who they really are. They live in a fantasy world every day, on their computers, in their video games, and on their social media. But that’s beautiful for us. Why? Our clubs are in the business of bringing a taste of fantasy to life. Look at how entertainers use fake names. Nobody wants to date Suzy, the mother of three. But then she puts on her lingerie, does her makeup and her hair, and becomes “Alexis,” the fun-loving party girl who’s ready to do shots with you. These young men are looking for a similar opportunity to be their avatar.

His level of endorphins will rise. That’s because he’s not used to human interaction. He starts feeling special. He starts getting it. He changes his thinking about the club. He becomes a return customer, and he tells his friends. That builds your clientele and a sense of community around your clubs. – Langan

Some of these young men are not familiar with our clubs. When entertainers see that young guy come in, they start hitting on him. But he’s not used to that. Entertainers can’t be overly aggressive with this group. These guys will retreat and go back into their shell. It’s very important entertainers understand this space. Part of that is through social media. Entertainers need to see the value of using social media to communicate back and forth with these guys before they ever come into the club. Then, when these guys do arrive, they are ready to have fun and know who to ask for.

Another thing this younger generation looks for is a sense of value. Everything is a value proposition for them. They’re internet shoppers, so they have to feel like they’re getting value for the money. They also don’t spend a lot of their money on things, which is really amazing. They invest a lot of their money or it’s in savings. As a result, we can’t judge a book by its cover. I’ve been to a lot of clubs throughout the country. Sometimes I dress up, sometimes I dress down. When I dress up, I get one level of customer service compared to when I dress down. Yet I have the same wad of cash in my pocket. So you can’t judge this customer by how they’re dressed. You have to give them great service and make sure they have a great feeling about the club from the moment they enter. They’re not going to take out their money or spend it until they feel comfortable. So paying a little more attention to them is very important.

Then, this customer will spend his money and have a great time. His level of endorphins will rise. That’s because he’s not used to human interaction. He starts feeling special. He starts getting it. He changes his thinking about the club. He becomes a return customer, and he tells his friends. That builds your clientele and a sense of community around your clubs.

A lot of people ask me, what about the metaverse? Isn’t that going to take over our clubs. I say, we’re not even close. There’s no real-world immersion in the metaverse yet. Computers cannot duplicate human interaction at this point. The human brain cycles at three trillion times a second. The fastest supercomputers are in the low billions. So they’re a long way off. It’s going to take massive quantum leaps in computing power, speed, and transmission to even come close to simulating human interaction. But guess what? We’ve been living in a metaverse since the first iPhone came out. We are carrying it in our hands and living on that screen, and it has everything to do with attracting this new customer base. So when people talk about the metaverse that Mark Zuckerberg thinks he’s going to create, it can’t be done right now, at least not to the level that is going to harm our business.

But what we can do is change and adapt and engage. If you don’t engage, all your marketing is absolutely worthless. In social media today, if somebody asks a question, and no one answers, you’re totally irrelevant. But if a customer has a question, that shows he has some interest. And if you engage him, you’ll create that back-and-forth interactive experience, and you will create a loyal, return customer. This demographic of young men develops close relationships with brands they buy or interact with, especially products or services that are experience-based. So I urge you — keep evolving. Keep engaging. Don’t be a little bunny. Be a superhero. 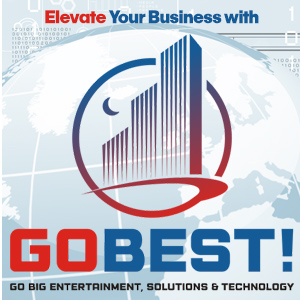 Showclub VIP 888-250-4718 ShowClub VIP is a non web-based, innovative operations management system, and is easily customized to individual businesses. The product provides the functionality and...